What are the standards for awarding custody and how is it determined? 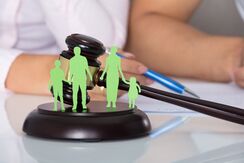 This is due to the fact that the best interest of the child is often considered. Brooklyn family court cases often look at which parent has been caring for the child currently, the level of success to which they are able to care for the child, the history of the child's relationship with that parent, and the parent's ability, time, and willingness to care for the child. Furthermore, in many cases, courts will attempt to factor in normalcy for the child - they do not want to disrupt the child's day to day life if it is not absolutely necessary.

Other factors that are considered, however, that may help in determining the custody of the child is the input of the child. Particularly, with older children, their input may be more heavily considered (though the Brooklyn family court system is not required to comply with the child's request.) The older the child is, the more likely the court will take their input into consideration when determining custody cases, making it an important factor once children are of a certain age.

What is the process for granting custody and is the ruling final or can it be reviewed? 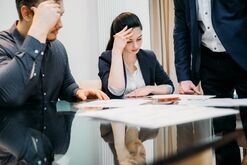 There are cases in which parents are currently unable to care for their children, for a variety of reasons, but wish to maintain custody rights once they are able to financially support said, children. An initial custody case must be filed - it may either be filed during the divorce proceedings as part of the divorce case or separately after the divorce is finalized. A child custody lawyer in Brooklyn is often able to assist in the presentation and argumentation of a custody case and will be able to provide insight to the judge as to why one parent deserves custodial rights. Once all information has been presented to the courts by the child custody lawyer in Brooklyn, the hearing will take place and a judgment will be passed.

As previously mentioned, there are two types of custody that can be awarded to the parents - full custody, or joint custody. However, in many cases, the parent who does not have custody will be granted fair visitation rights unless it is a danger to the child. A custody case can be revisited at any time, as long as sufficient evidence can be provided for a reason as too why.

What is custodial interference? 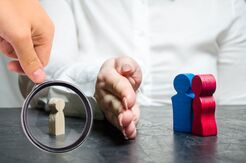 Divorce lawyers in Brooklyn, as well as child custody lawyers in Brooklyn, often see an issue with custodial interference, as well as visitation interference. This is often a crime and is defined relatively simply as the act of withholding the physical custody of a child from the parent who is lawfully entitled to it. Visitation interference is similar in that one parent is withholding visitation rights unlawfully and within justifiable legal reason (such as the endangerment of the child.)

This is an issue that can be brought to court - therefore, it is best to see the assistance of a family lawyer in Brooklyn if you feel that you are suffering from custodial interference as it goes against child custody laws put in place by the state of New York.